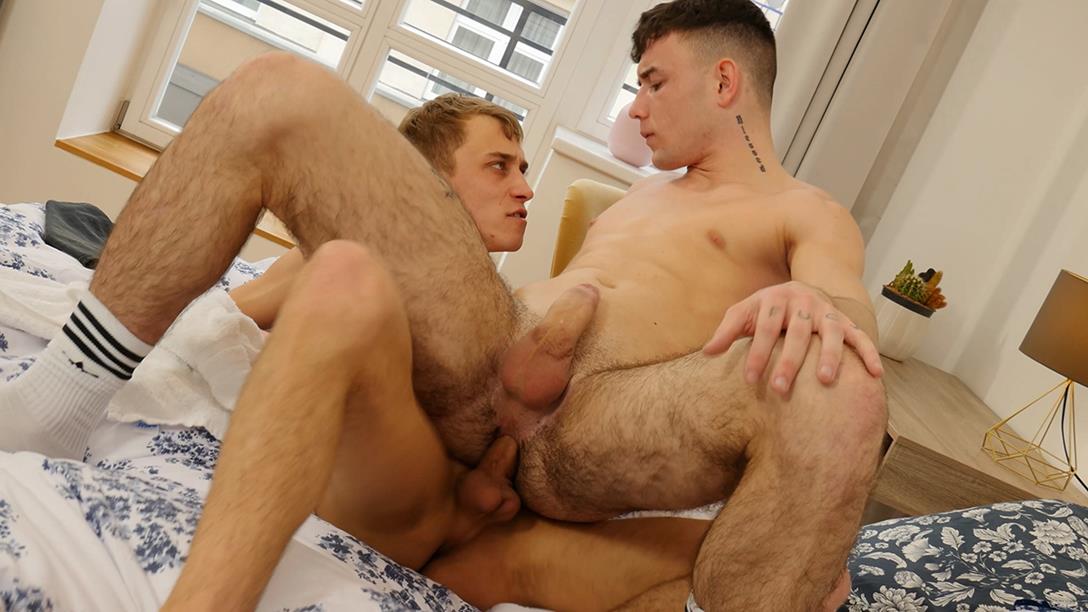 Ron Negba is one of those big-dicked boys who always jacks off in the shower, and he tends to leave the door open when he thinks he’s home alone. It turns out his step-brother Simon Best is still hanging around the house and when he catches sight of Ron jerking his big meat in the shower he can’t help but spy.

His curiosity is about to lead to some real rampant Jawked action.

Anyone would stop and stare at such a tempting sight, bit it works out especially well for Simon when Ron catches his curious gaze.

He may have just been curious about touching and sucking that dick but with Ron’s cock now raging and Simon’s hairy ass right there he soon finds himself bouncing on that big piece of meat, the cock sliding deep inside his naked hole while his own turgid erection dribbles and drips with delight.

The fast and frantic fucking he takes on his back ends with Ron spilling his seed over his cock and balls, a final hand job making Simon gush his own thick and warm load from his rampant manhood in a gooey finish that could only ever lead to them sharing showers from now on.