FLASHBACK FRIDAY!
We haven’t seen Vander on the site in a while, so I thought I’d go back and find one of his earlier scenes to reMASTER and share with you. This scene also features early ChaosMen favorite, Heath!

Stay tuned to the end to see this pair’s “Pineapple” outtakes! As a refresher, “Pineapple” is the safeword we use with the models during a shoot so they can quickly let us know when they need to take a break for any number of reasons. In this case, as you can imagine, Heath needed some “warming up” for Vander’s massive cock. But, once he got used to it, it was fair-game for Vander to go as hard and as deep as he wanted, and that’s a rare find for Vander.

“Vander himself actually suggested he work with Heath. He saw him on the site and decided he he wanted to mess around with him.

I figured I could make that happen.

As for Heath, he wasn’t to sure. He looked up Vander on the site too.

Heath is a better top than a bottom. Oh he will bottom, and even accidentally nut from it, but the dude stays hard once he is up for the entire shoot. He knows how to fuck! An Ever Hard Top…a production companies dream come true.

Vander pretty much stays up a whole shoot too. He’s a power Top, but does take great pleasure in bottoming.

They decided they would flip-flop to even things out.

We start off right away with some POV. Just something different, that I think actually worked quite well. Probably the best use of the POV cam to date.

But once Heath saw how big Vander’s cock was in person, he was second-guessing bottoming. Actually he was choking on it when he realized how big it was, so really couldn’t say much at the time.

I promised him he could take it, after all, his dick isn’t exactly small either, and others have done just fine with it.

You will have to wait till the very end for some Out Takes as, Heath yells out the official “Safe Word, for ChaosMen…”Pineapple!” It made me laugh playing it over and over again.

Anyway, aside from Heath checking out while being fucked, the two have undeniable chemistry together.

This vids got a different vibe to it than the standard suck and fuck. It’s subtle, but something is going on.” 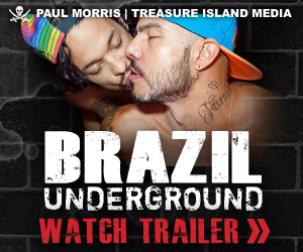