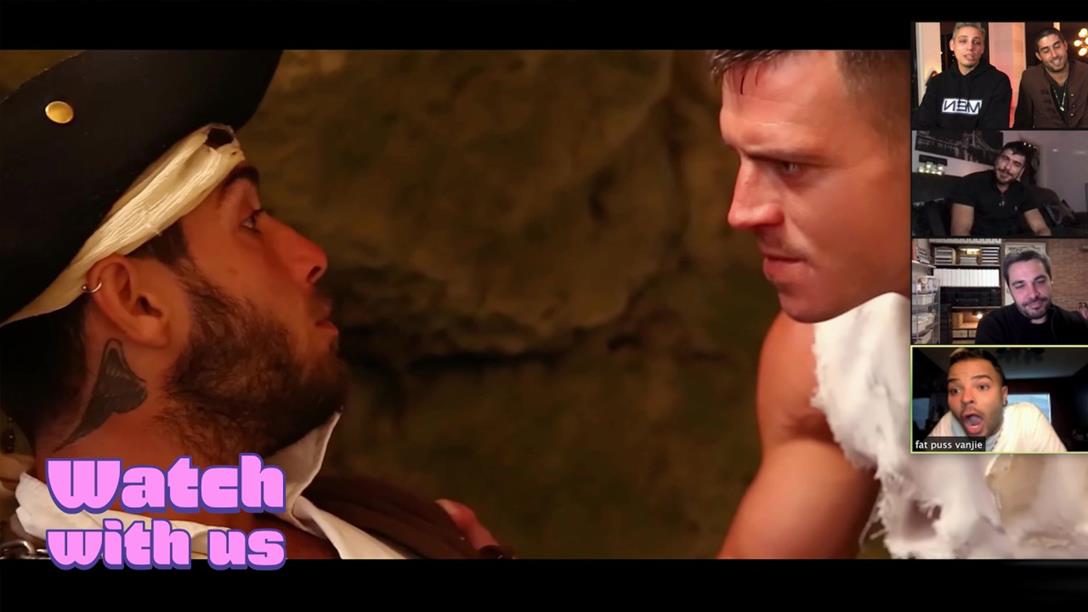 You’ve seen Men.com’s classic “Pirates” and you’ve always wanted to know the real deal behind how it got made. Well, now you can. In Watch with Us, we’re pulling back the curtain–and the foreskin–and dishing behind-the-scenes dirt on some of your favorite episodes. Pirates co-directors Marc MacNamara and Alter Sin are joined by two of its stars, Diego Sans and Paddy O’Brian, as well as Drag Race favorite Miss Vanjie for informative–and hilarious–commentary. As Paddy watches footage of himself getting it on in nature, he confesses that he loves shooting outdoors, “Because I’m naughty!” You’ll learn what the toughest moments of this six-day shoot in Ibiza were for the stars and directors, and Vanjie drops some dirt on who’s packing the biggest dick in drag. What was Vanjie’s favorite part? Naturally, the cumshot!