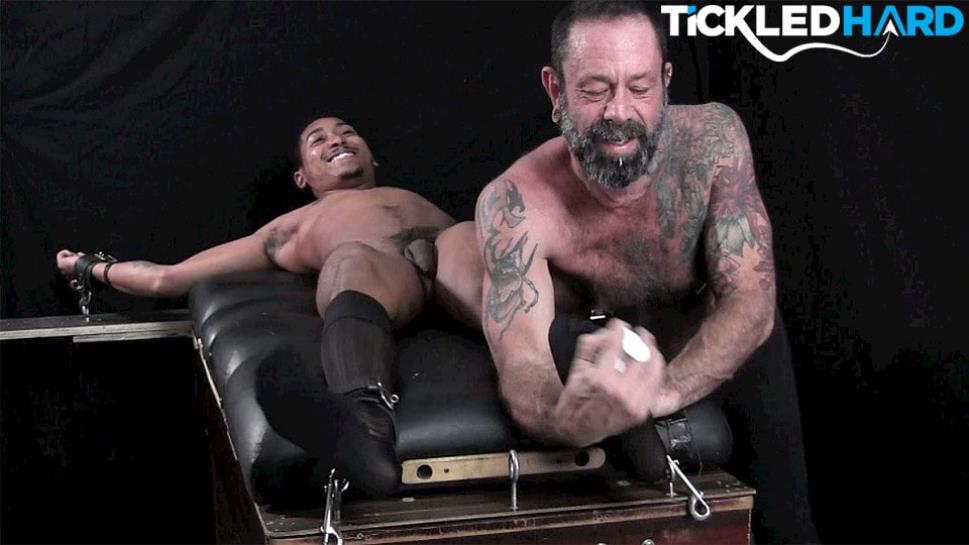 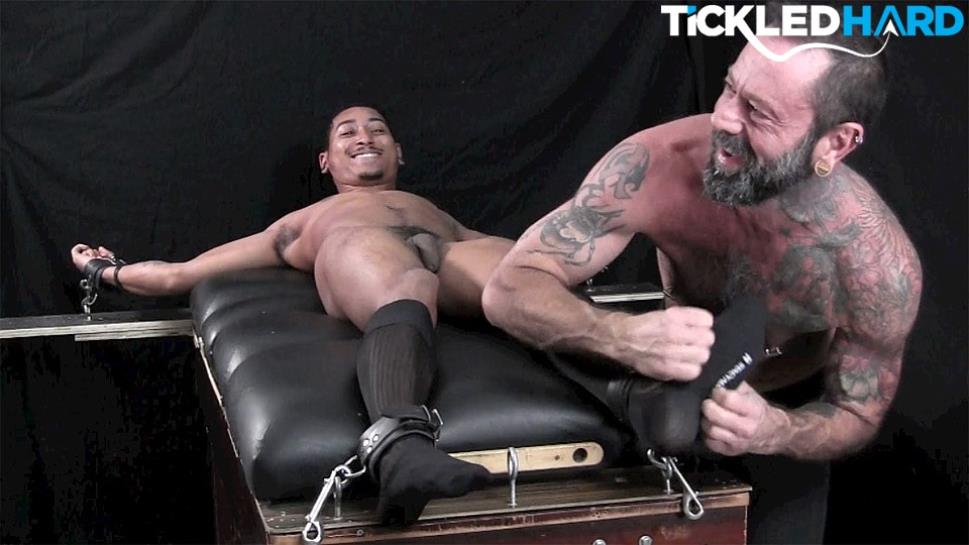 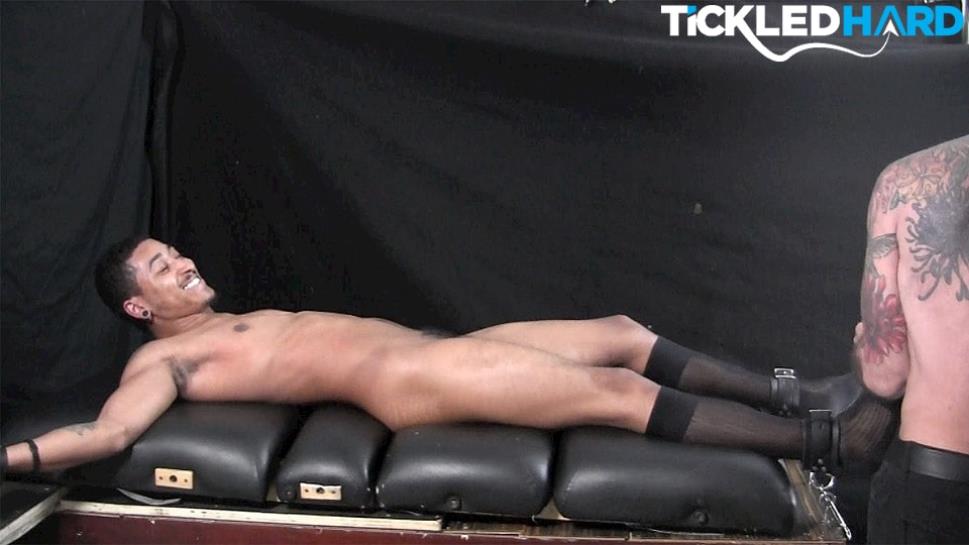 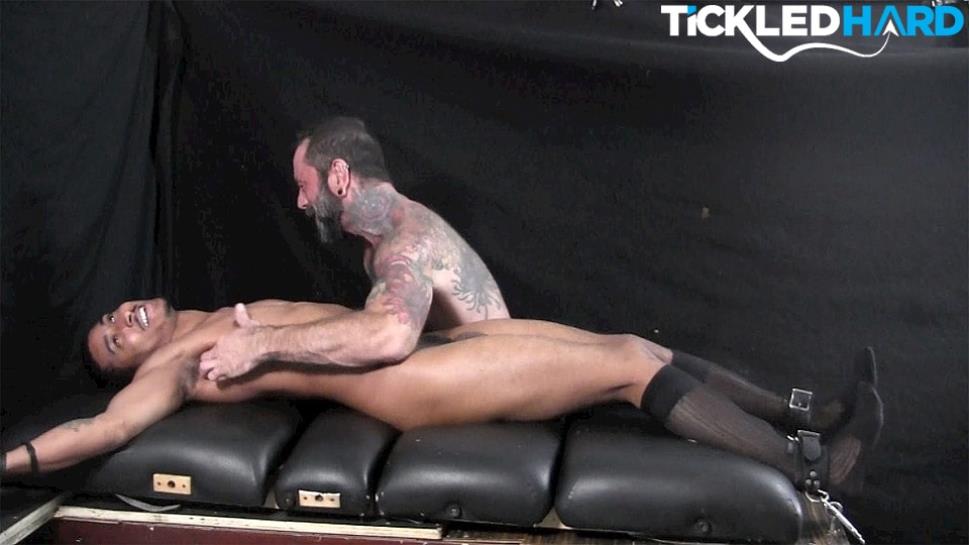 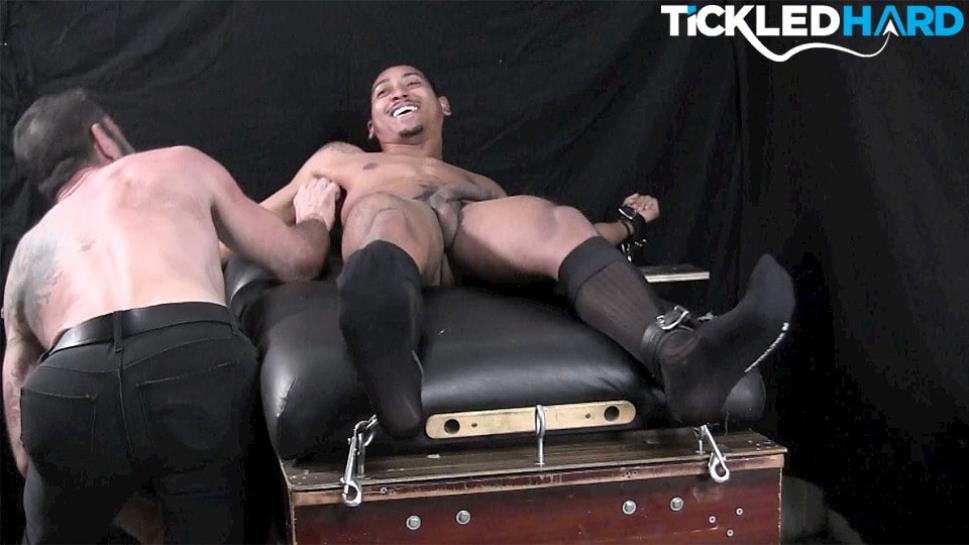 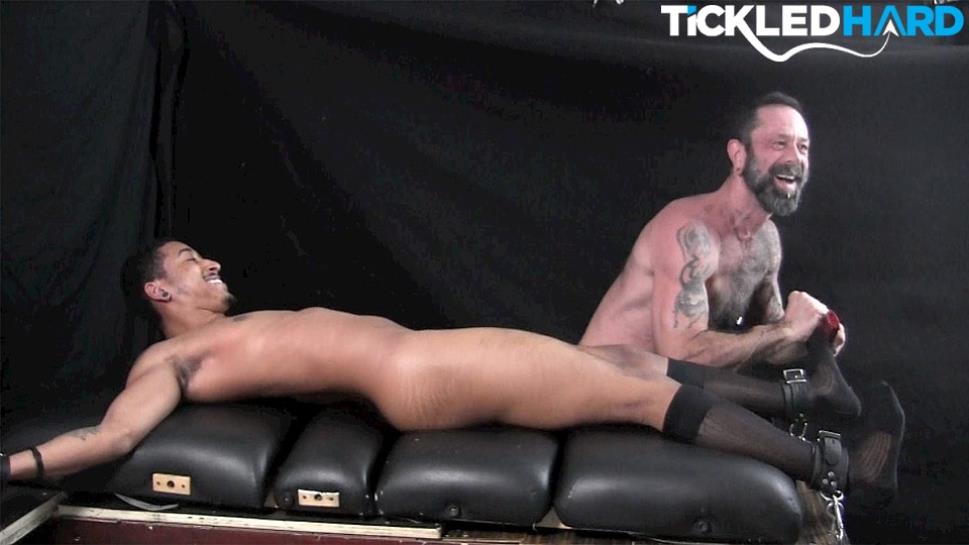 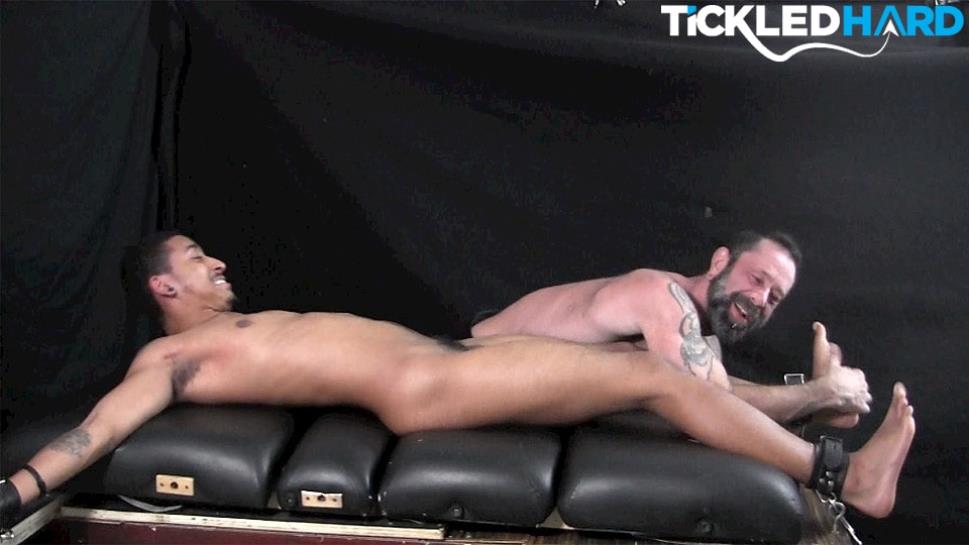 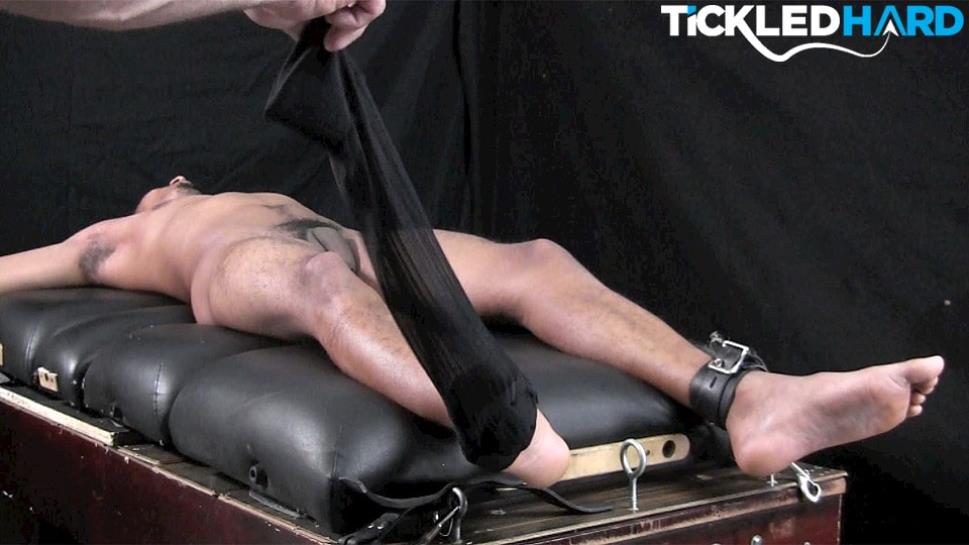 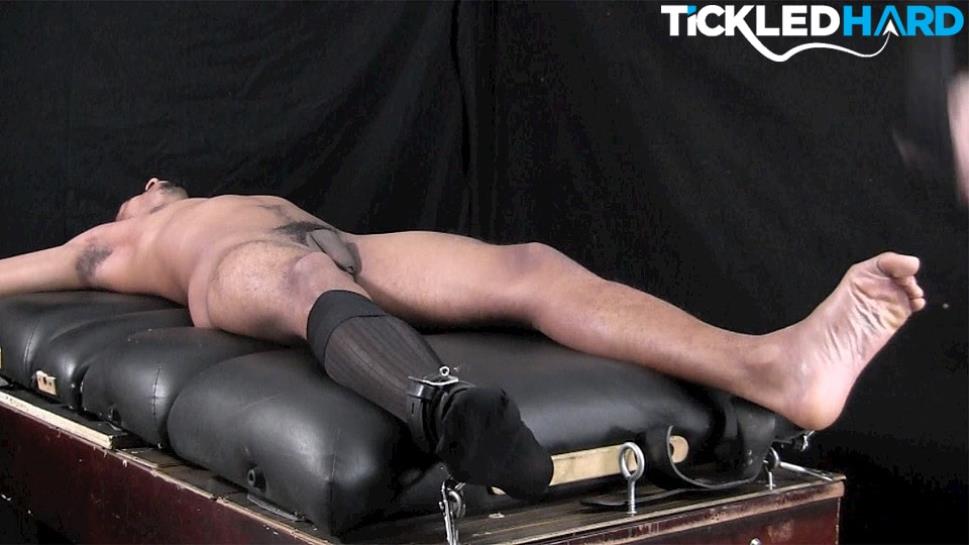 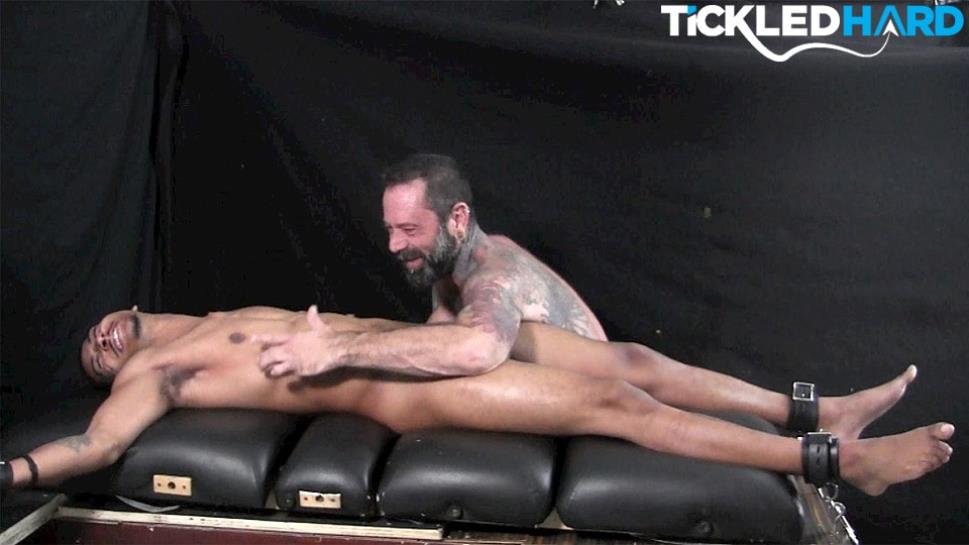 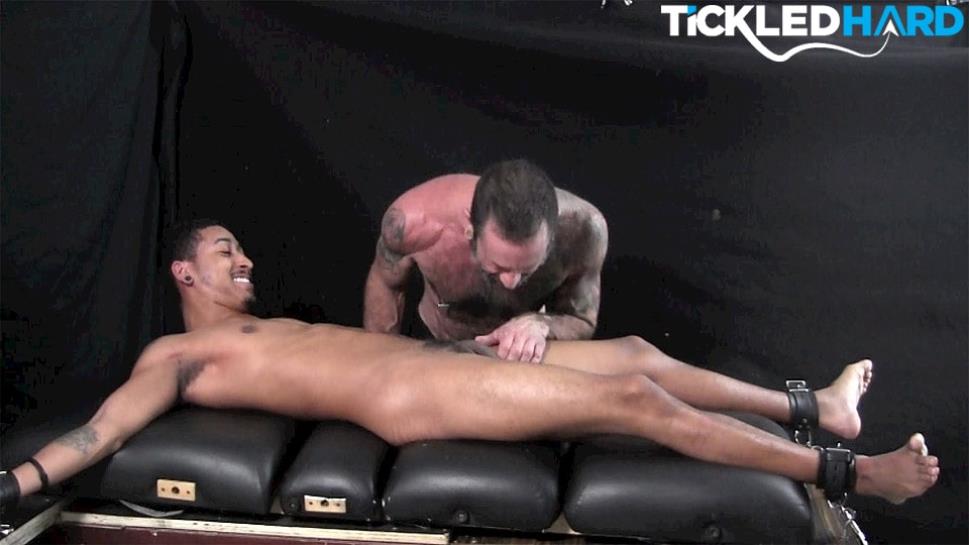 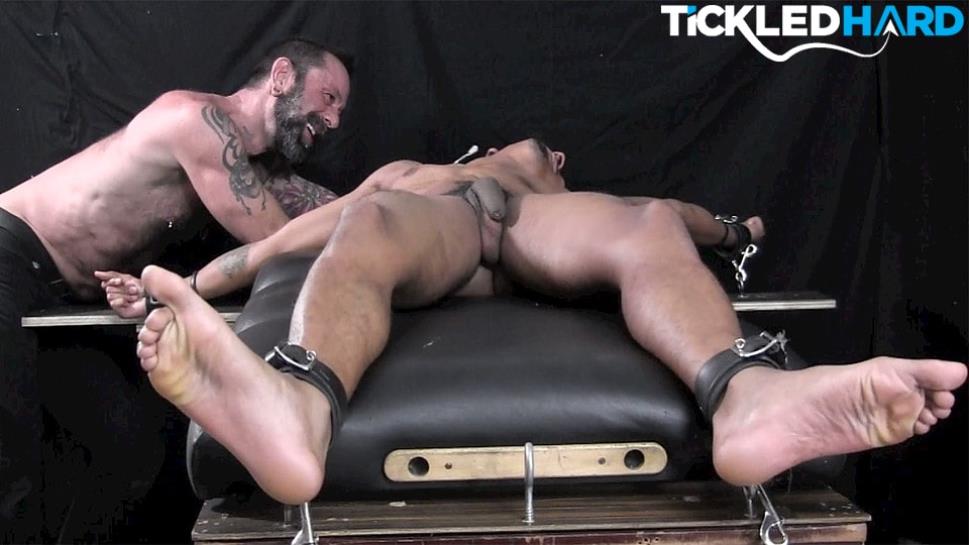 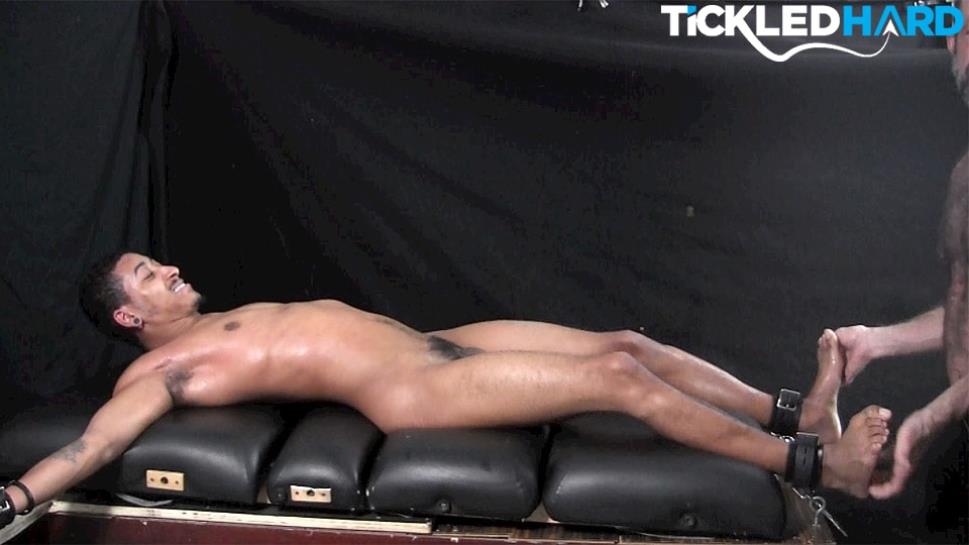 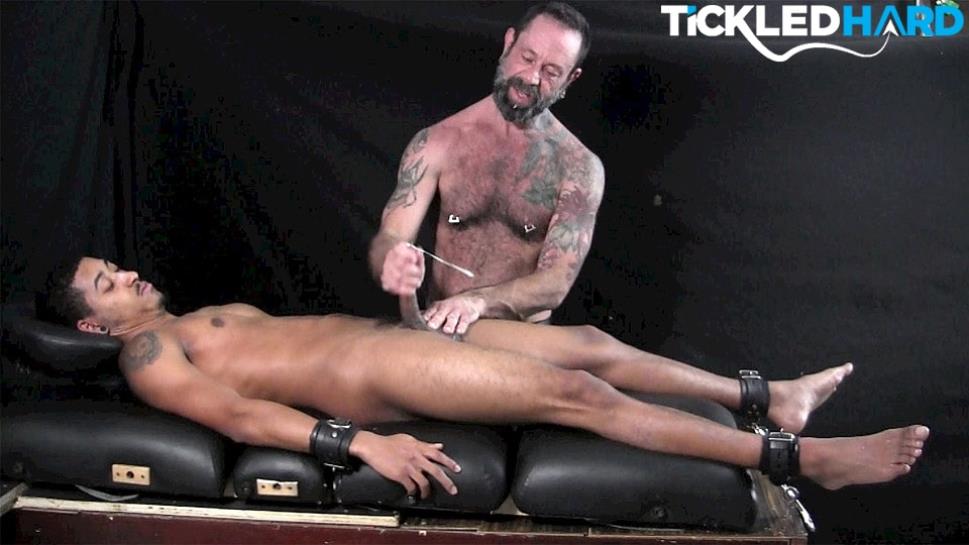 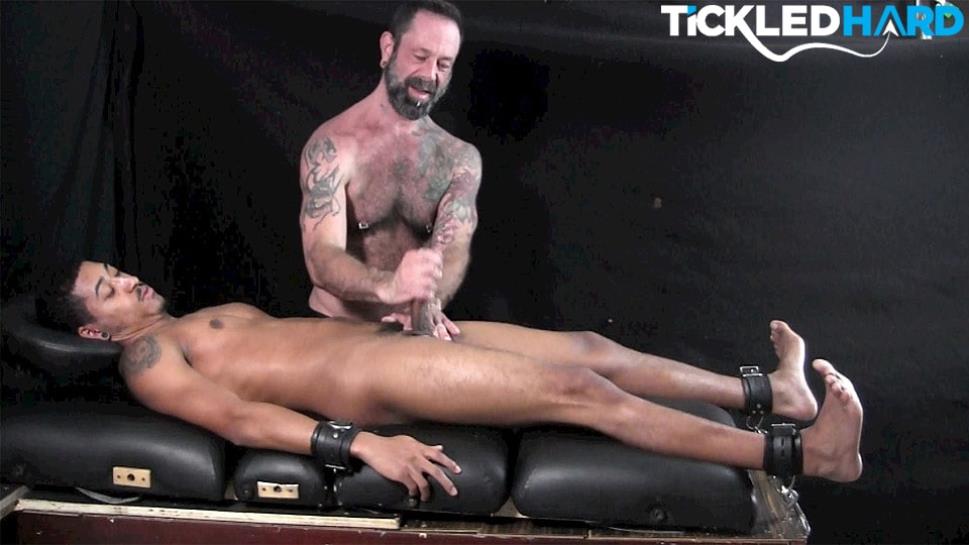 Dwayne stops by after work for his very first male/male tickling session. After stripping Dwayne to his dress socks, Franco begins exploring his fit, nude body, tickling him in his armpits and thighs before descending to his size 9 1/2 feet. Franco tickles Dwayne through his sheer socks with his fingertips, a scalp massager and a soap saver. Dwayne moans lightly and beams from ear to ear as Franco tickles his feet with brushes. He flinches and tries to escape when Franco goes deeper into his ribs and pits. Franco notices that Dwayne responds better to a light tickling touch on his upper body, and he quickly adapts. After fluttering in his pits with a feathery brush, Franco removes Dwayne’s socks, exposing his big, smooth feet. Dwayne groans with tension and pleasure as Franco tickle edges him on his bare feet, legs and stomach. Then the annoyance increases when Franco brings the watercolor brush back in to tickle Dwayne’s sensitive ears. Dwayne’s torso twitches and his feet flex under the never-ending tickle pleasures. Franco lubes up and climbs on top to tickle the bisexual guy’s solid body from above, before returning to his bare feet for the remainder of the session. He tickles Dwayne’s perfect feet with an electric toothbrush, which is especially effective between the toes. In the end, Franco releases Dwayne’s arms so he can relax his shoulders and watch some porn while Franco strokes his uncut cock. It doesn’t take long before Dwayne squirts a huge load all over himself and Franco.