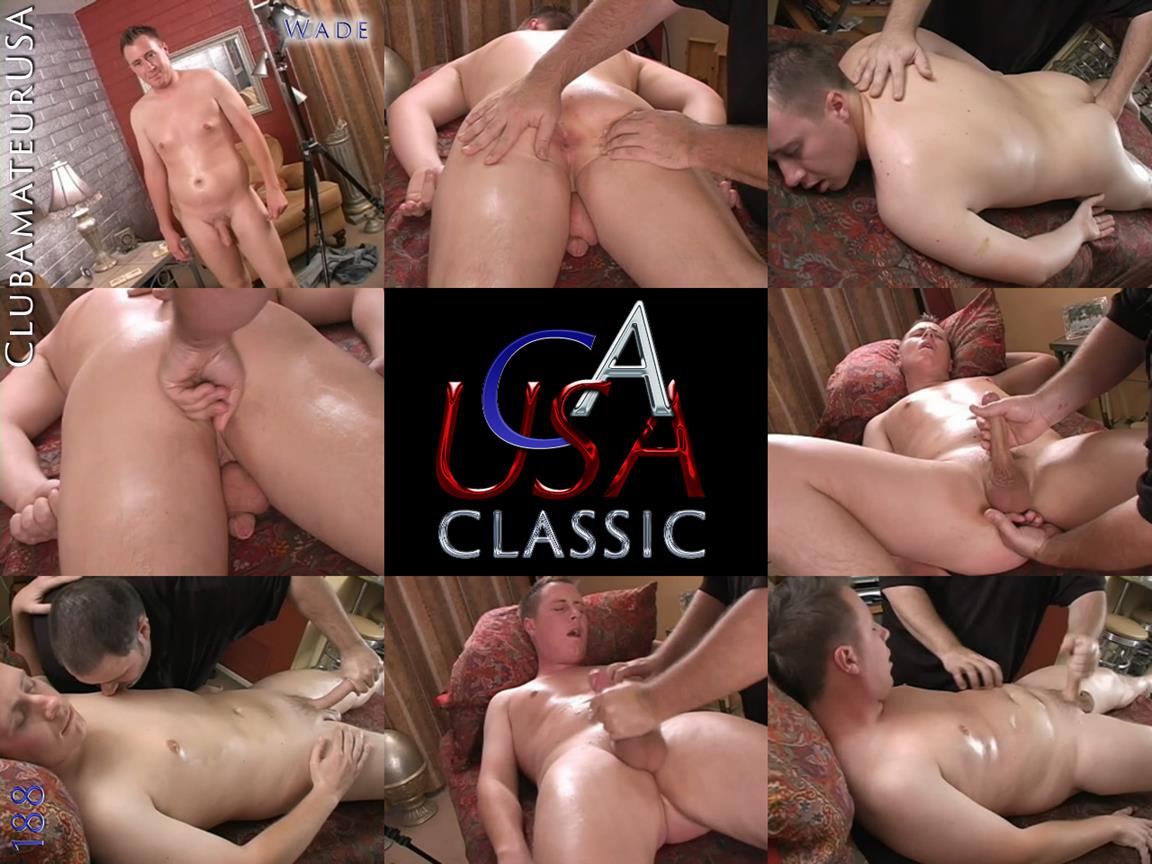 Wade’s go on the CAUSA massage is another whose sexperience had long ago escaped my conscious recollection. Today, Wade is 40 & living in a desert location. I do wonder what became of his curiosity post his first direct prostate stimulation.

In December 2006, here’s what I had to say about Wade’s debut on ClubAmateurUSA:

Wade contacted me on my favorite sex and swingers site awhile back, and we were unable to connect due to ongoing scheduling snafus. When we did finally meet for his preliminary interview, I was happy to learn how curious he is to explore his sexuality — quite a bit more than most guys I meet.

Wade has a bit of a “chunk” build that I am getting more and more requests for. He also has his pubes. With brown hair & blue eyes, he has a rather nice uncut cock and some loooow hanging balls.

All of that in one package, and I knew that I wanted to capture him on video. So, given our scheduling challenges, I decided to go ahead and shoot his rub & tug while I had him in my

I’m thinkin’ that Wade & Gunner may need to do some exploring together. 😀