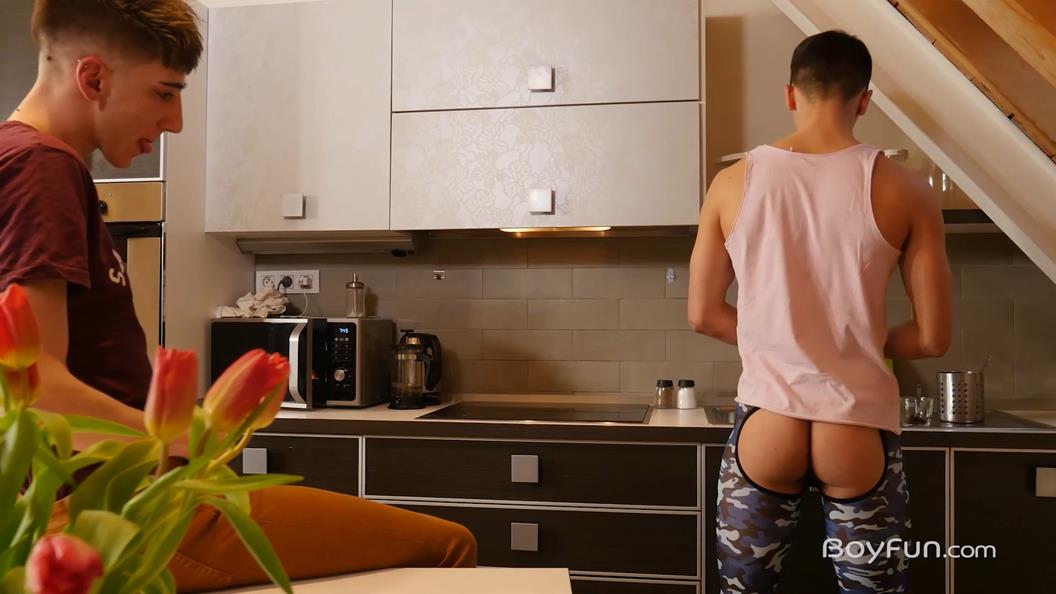 Denis finally gets his tongue in that ass when the boys head to the couch, but not before gorgeous Finn has stripped naked and sucked on the delicious big dick his roommate has for him. Both of these boys love to slurp a juicy dong and they make sure to get plenty of it before Denis’ hole is up for fucking.

While Finn has a tasty rump and gorgeous plump cheeks any boy would love to experience it’s Denis who craves that dick inside him and his roommate is more than willing to deliver it, fucking the boy from behind on the stairs, banging him on his back on the couch and giving his pal a ride on that raw length.

Finn’s super hard inches of fuckmeat certainly do the job, jabbing up into that snug hole with incredible rhythm and making his young bottom buddy splooge his cream, finishing with Finn delivering a rewarding mess of thick man milk all over his pal’s eager face. 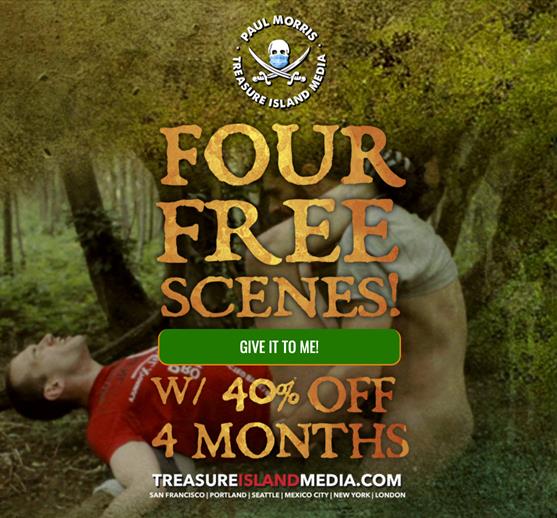