Fit young man Dennis Skala has some interesting stretches to perform on the coffee table, and although he looks a little peculiar writhing around he’s soon got the lustful attentions of gorgeous blond boy Kieran Karlsson. When the cheeky young man is caught spying and playing with his cock in his shorts, imagining some horny BoyFun with his roommate, he’s soon being chased into the bedroom. Dennis is big enough to spank the boy and put him in his place for perving on him, but you know this handsome lad is far more interested in the hard cock the boy was playing with in his shorts. With a little kissing he makes his intent clear and within moments young Kieran is exploring his fit friend’s body, discovering a delicious thick dick to enjoy and sucking on the pink uncut meat he finds in his shorts. Jock boy Dennis is just as eager to return the favor, wanking and gobbling the tasty prick his pal produces from his own bulging underwear, his thick uncut erection throbbing with delight the whole time. Dennis is certainly generous with his oral attentions, turning to the boy’s lightly hairy hole and giving him a good tonguing while Kieran lays back on his shoulders, his rump in the air. With the boy’s pucker wet and ready handsome Dennis fills him up, pumping his girthy uncut rod into his friend, giving his buddy a ride on his meat and fucking him from behind with determined and experienced thrusts. Young Kieran is in heaven, understandably so. With that bareback jock dick bumping against his prostate while he wanks on his back he spurts his hot gooey load over his leg and Dennis is soon pulling his own length out to add his sticky cream in a messy climax. He’s not done yet, he likes to seed his bottom buddies with his wet dong. Perhaps next time Dennis will just invite his roommate to stretch with him? 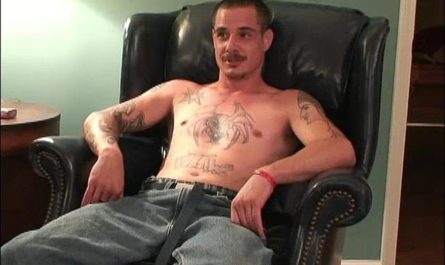