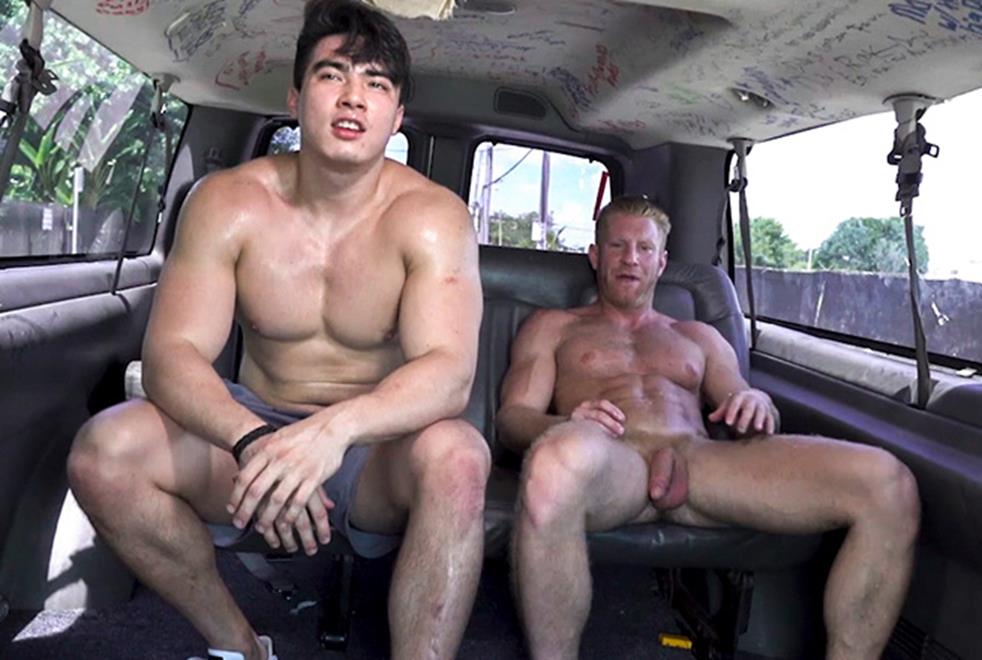 Johnny V was on the Bait Bus driving around looking for straight guys. They saw a muscular guy in the park. His girl friend did the talking. She was good at it. The dude’s name was Axel Kane. Within a few minutes she got him hooked on the idea that she would suck him and fuck him inside the bus. They lured him in. He agreed quickly to the blindfold. The girl sneaked quietly to the front seat and Johnny took her place. Slowly he was sucking the dick until Axel got hard and started to enjoy himself. After Axel realized what happened he got mad and wanted to leave the bus. They offered him $2000 to stay and fuck Johnny. So he did. He fucked him. Riding, missionary, thrusting his dick in and out. He came over his face and Johnny exploded as well! .