BaitBus – Eddy Takes A Big Dick Up His Ass 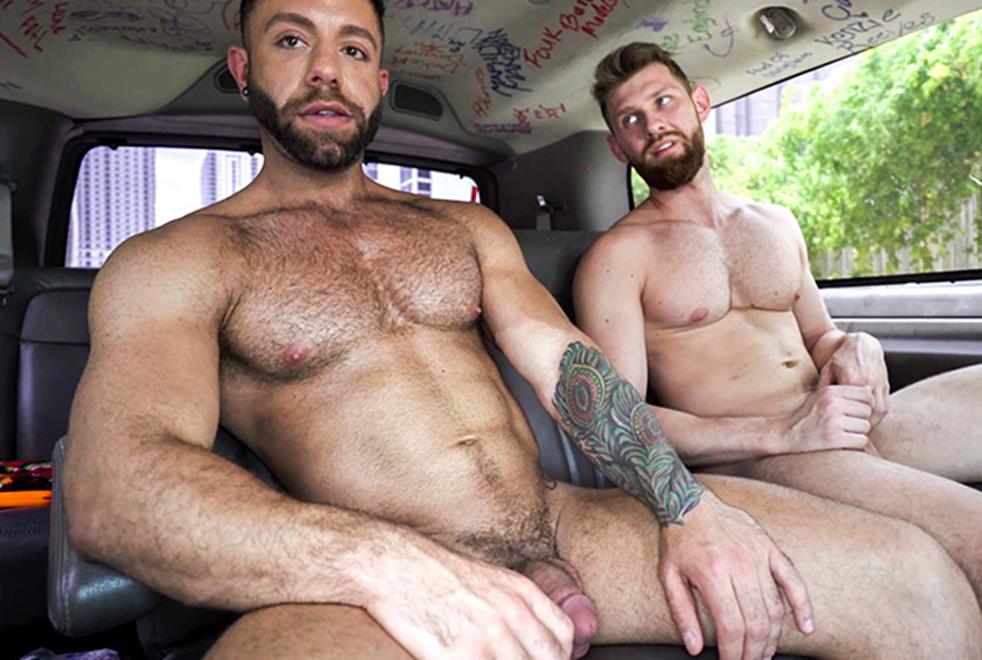 Jacob Peterson was in Miami Beach, driving around with Mia in the Baitbus. The never failing old concept of using a girl as bait and then fuck a straight guy. Soon enough they spotted Eddy Ceetee who was just heading to the beach. Mia was straight she wanted to fuck him. Eddy was intrigued and climbed into the bus. Here he got blindfolded and instead of Mia, Jacob started to suck his dick. Eddy would not have realized what is wrong. They had to tell him. He was upset wanted to leave the bus but now since he already started they offered him $3000 to either fuck Jacob or get fucked. Eddy could not get it up. So he ended up getting fucked. At first it hurt. But then he seemed to slowly enjoy it. He was evening stroking his dick while getting fucked. Jacob fucked him in all positions that you could do in a driving bus and then came all over his beard. They lured Eddy out of the bus and obviously did not pay him a penny. They just laughed as they drove away..