Pvt Dave is a buddy of a buddy of mine, I don’t know him all that well but his buddy Neo (who you will eventually see on MyStraightBuddy) is my best friend in the world. They know each each other from way back, but had not seen each other in a year, until Dave got sent down here to 29 Palms for a training exercise.

I told him I would let him fuck it if he let me tape it, and he agreed, under one condition, that I never show his face. So unlike most of my other videos, you can’t see what Dave looks like, which is a shame because his face is his best feature. But I wasn’t about to miss an opportunity to catch some Marine cock on camera for you, so I said sure.

When we started out I really hoped that one of his other buddies he came down with, who you can briefly see in a grey shirt walking in behind him, would join him and DP the thing, but he chickened out. That’s why you can hear Neo say that Dave “and his buddy are gonna fuck it”, that turned out to be wishful thinking.

What you _can_ see is one of our other buddies passed out on the couch in the background, with Pvt Dave jerking off in front of his like he just doesn’t care. He doesn’t care on principle but his dick cares, and eventually we had to move into my office for some privacy, although you can always hear the other guys partying and having a good time just out of earshot. 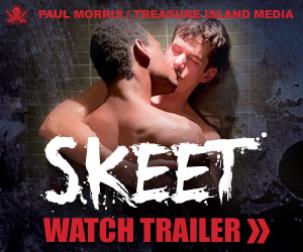