The screws know the offence before they meet the man who committed it. It doesn’t take long before they have a fair idea what sort of man they are going to be stripping after they read the charge sheet. ABH is always one to look out for. It will be a hard straight white man with a chip on his shoulder. Who also thinks he can handle himself in a fight and looks like it. Exactly the sort of man we relish to strip totally naked and make him exposed and embarrassed!
This lad wasn’t expecting to be sent down and is like a rabbit in headlights. When it dawns on him he is going to be stripped nude and filmed watch as he tries to hide his cock. No chance! His goods are going to be on display and he’d better get used to it. What a plump pair of knackers! He’s going to be popular. But what about his arse. He may be able to fight but eventually his arse is going to be taken so let’s hope he’s clean! Ho ho. Judge for yourself as we sniff around his hot hole in breathtaking close up. Whichever screw filmed this really knows what he likes! This stinking athletic lad is in just the right place – a prison full of horny fuck hungry lads like himself.

StripSearchHell – Getting Hosed Down In The Showers

StripSearchHell – Prisoner Gets A Cavity Search

StripSearchHell – Bad Guy Gets Stripped Naked By The Officers

StripSearchHell – Bad Lad Forced Into The Showers By The Officers 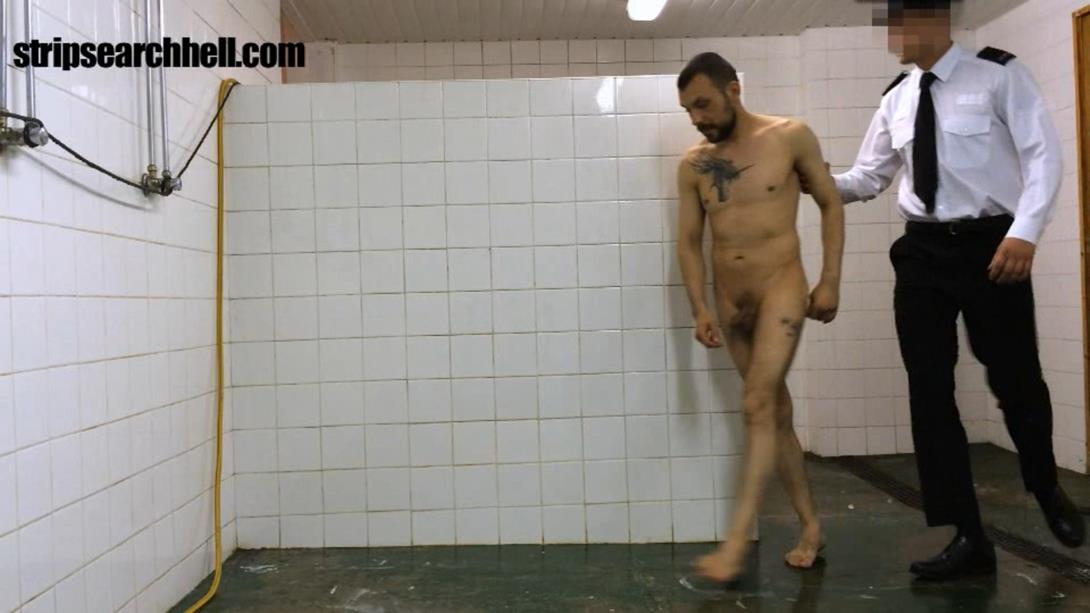 StripSearchHell – The Officers Hose Down The Thug