Hetero Drew is learning that he MUST submit and sexually serve men or there will be severe consequences. He’s still full of furious indignation that his body is being used be men, but he knows it’s best to keep his filthy trap shut and not fight us off. Now we need to reprogram his sex drive so his dick responds to sadistic sexual treatment. We circle around him intimidatingly wrenching and biting down on his nipples and bullying him so that he knows we mean business. Then his cock is sucked so expertly he can help being manipulated into growing a fat stonking erection. Once he’s hard we know we can turn him into a proper bender, painfully weighing down his stiff red dick while plundering his arsehole. Drew’s cock is so fucking confused as he receives simultaneous pleasure and pain. A brisk flogging to his arse makes him flail about with his weighed down nads and engorged dick swinging and strained to breaking point. This vicious treatment gets so intense that Drew becomes a total trembling wreck. But we’re not through with him yet. We finally allow him to release all that pent up sperm but only while simultaneously ripping rows of pegs from his body to cause him the most intense sensation of his stupid straight life. He’s left gasping for air and trying to recover as his stiff dick still dribbles sperm. 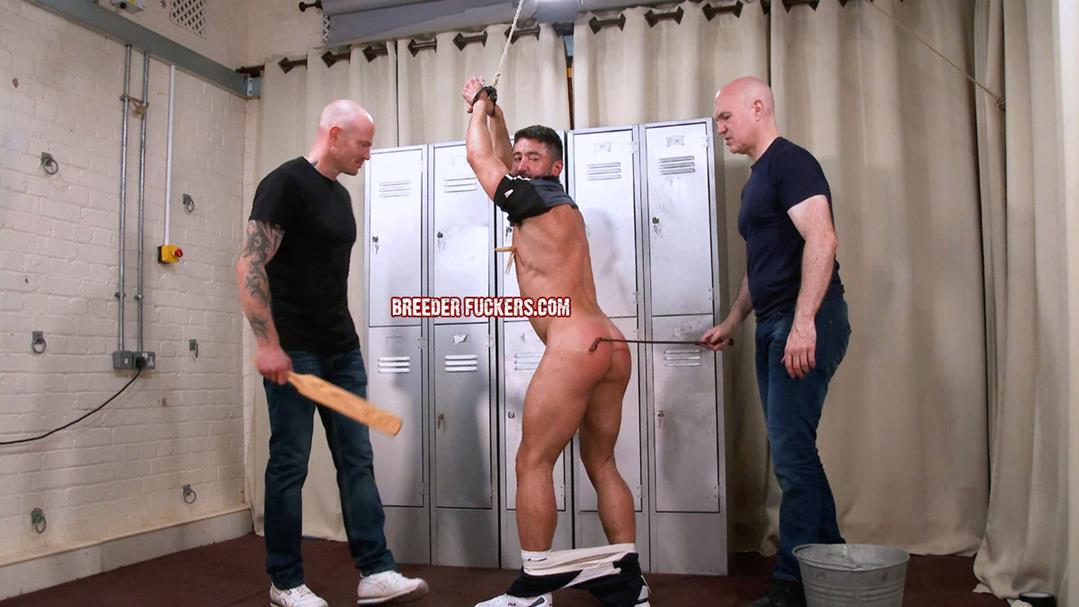 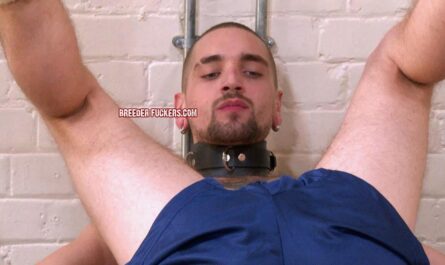 BreederFuckers – Scally Lad Anton Stripped Out Of His Shorts