Stripped down naked Ben is getting hazed in the middle of the rugby club at CMNM.net. Lubbing up his tight asshole with spit he’s fingered rigorously causing him to grow a throbbing erection. Pinned naked between the three older clothed dominant men he’s totally overwhelmed by the men groping and teasing him till he’s dripping with precum and desperate to ejaculate. Ben can’t be considered a full member of this team until he’s received a whiskey bottle up his ass. 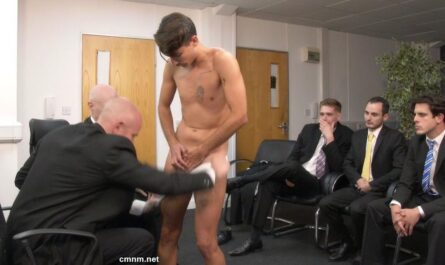