At CMNM.net, Private Gerry Davies has an insatiable sex drive. Even though he should be cleaning and preparing for inspection he’s sprawled naked on his bed jerking his dick with all his friends working around him. Staff Sergeant Walker discovers Davies isn’t taking his duty to the military seriously enough. The naked joker is subjected to exercise punishment, a stink test and has his freshly milked balls roughly handled as he’s relentlessly questioned about his slack attitude. 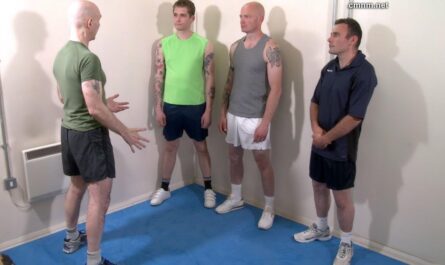