At BreederFuckers muscular stud Wayne clings to his macho pride so he’s locked in the stocks wearing only his tight white pants to humble him. Even with the bad men standing over him authoritatively while he’s completely vulnerable he still mouths off to them. Such insolence must be corrected to teach this straight dickhead his true place. His exposed ass is given a severe flogging until he obediently licks a man’s dirty trainers. Wayne still thrashes around too much so the men hook his nose and connect it to a clamp over his foreskin so he can’t move at all without giving himself very acute cock-aching pain. Not even this can melt his stupid stubborn hetero man’s willpower. He’s fucked up the ass with a buzzing vibrator until his asshole is dripping wet. Wayne visibly trembles with the strain receiving the most intense and shaming workout of his life. That sloppy asshole is too tempting so Adrian whips down his trousers to screw him long and hard making him groan in pain. Wayne is ordered to continue worshiping his captor’s shoes and lap up stinking hot piss from a dog bowl while being mercilessly done up the rear. 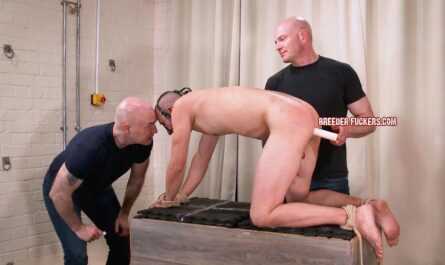 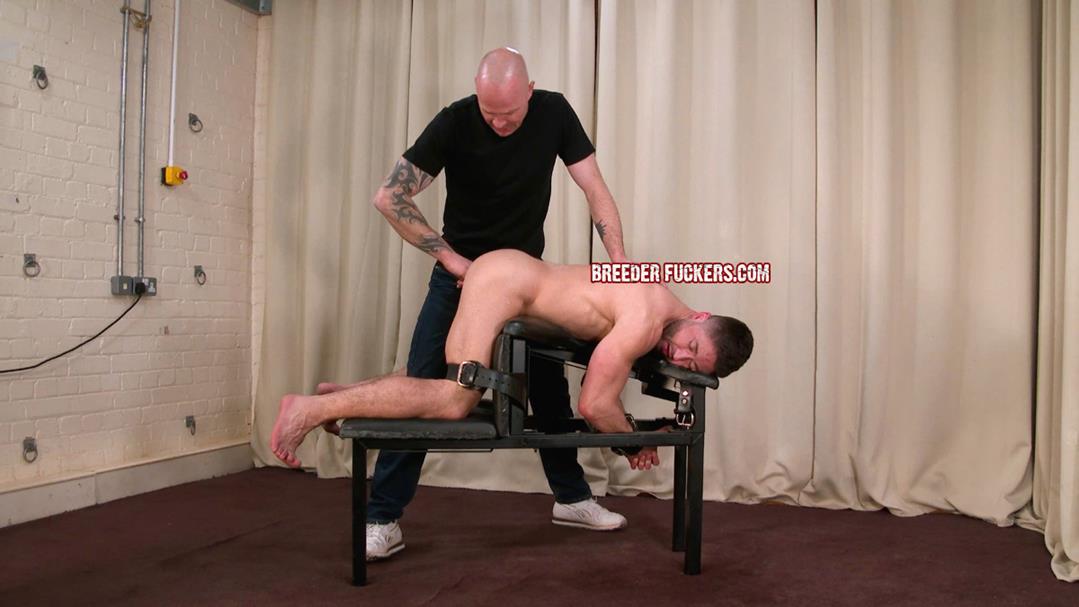