At TheCastingRoom, here are two fresh heteros put together for their first gay sex shoot! Big hard-bodied Nicolae is the strong silent type while excitable Darren sees this new venture as a form of mucking about while getting paid. We don’t want these straight guys to passively follow orders. They must first write their own scene by brainstorming what action is going to be filmed. This means they have to construct their own fate as they aren’t doing anything that hasn’t come out of their own imaginations. These sexy boys start out kissing and tentatively undress each other. They grab a handful of each others’ arses and then stroke each others’ cocks. Nicolae goes at it with a professional attitude and gets hard himself almost instantly. Nervous Darren looks like he can’t believe he’s doing this and naturally falls into a submissive role sucking Nicolae’s erection.

Darren is given a thorough lesson in dick sucking while Nicolae is instructed in how to rim a man’s hairy arsehole. Darren squirms on the table as he finds the sensation of having his arse lapped ticklish. But when Nicolae slides his finger up his arse to loosen him he stops smiling. Once he thinks he can take it, Nicolae shoves his big hard cock up this virgin straight boy’s arse and pounds away. His big full balls slam against Darren’s hairy arse cheeks. Nicolae hasn’t cum in days and has a full load read to spray over Darren’s blushing face. The look on Darren’s face as he feels himself hardening while getting his dick sucked by another man for the first time is priceless! We test out his arse licking skills. Darren goes at Nicolae’s tight sphincter like an eager little pup. Nicolae’s arse is ready to receive Darren who slides into him to experience the sensation of a man’s muscular arse tightening around his cock. Darren is only to happy to get his own unleashing a load of sperm onto Nicolae’s hard masculine face. 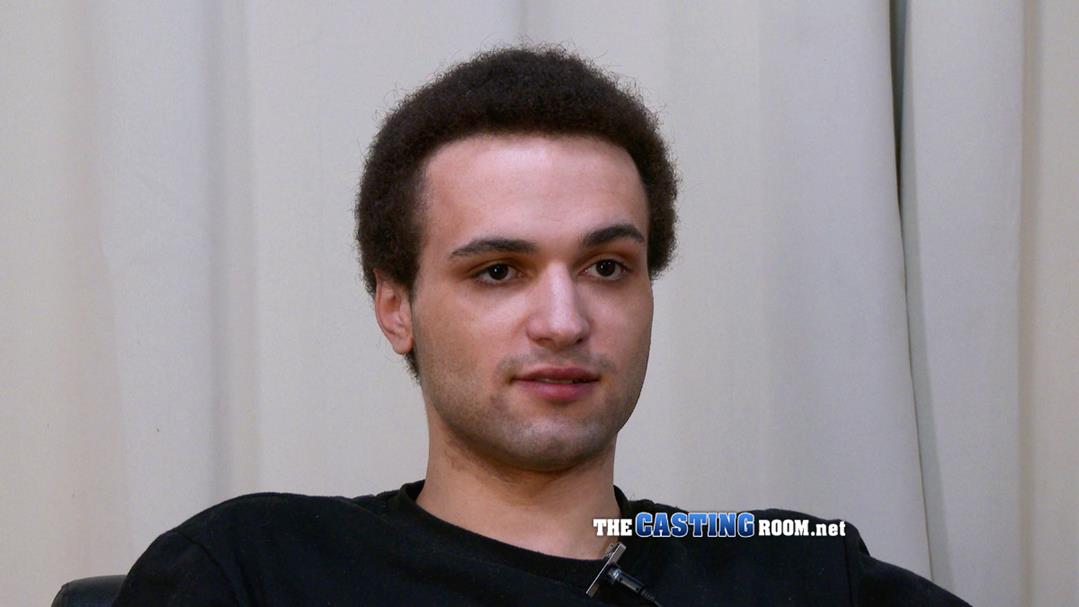