New at TheCastingRoom, Colin is a married tattooed bloke who likes extreme sports and having as much sex as possible. Since he’s been married he’s found his options limited. He’s come to strip naked while being filmed for the first time and have a wank as an audition test. He justifies this and having sex on camera because it’s for money (although he’s very turned on by the prospect of screwing large groups of men and women), but he’s still nervous about his wife finding out. So let’s keep this video test where he gets his ass inspected and jerks his cock till he cums between us, shall we? 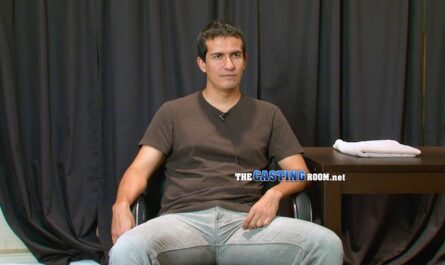