Sadistic Master Derek treats his feeble sub elliott harshly at BrutalTops. To start we find the pathetic sub completely nude, feeble and alone in the middle of the floor. When chavy psycho Master Derek enters he first orders the sub to strip off his clothes. With belt in hand and a sneer on his lips, the now naked Master orders the sub to lick the Master’s rancid, sweat-covered feet.

BrutalTops – Masters Leo and Aaron – SWALLOW EVERYTHING WHICH DROPS FROM OUR ARSEHOLES, RUNT 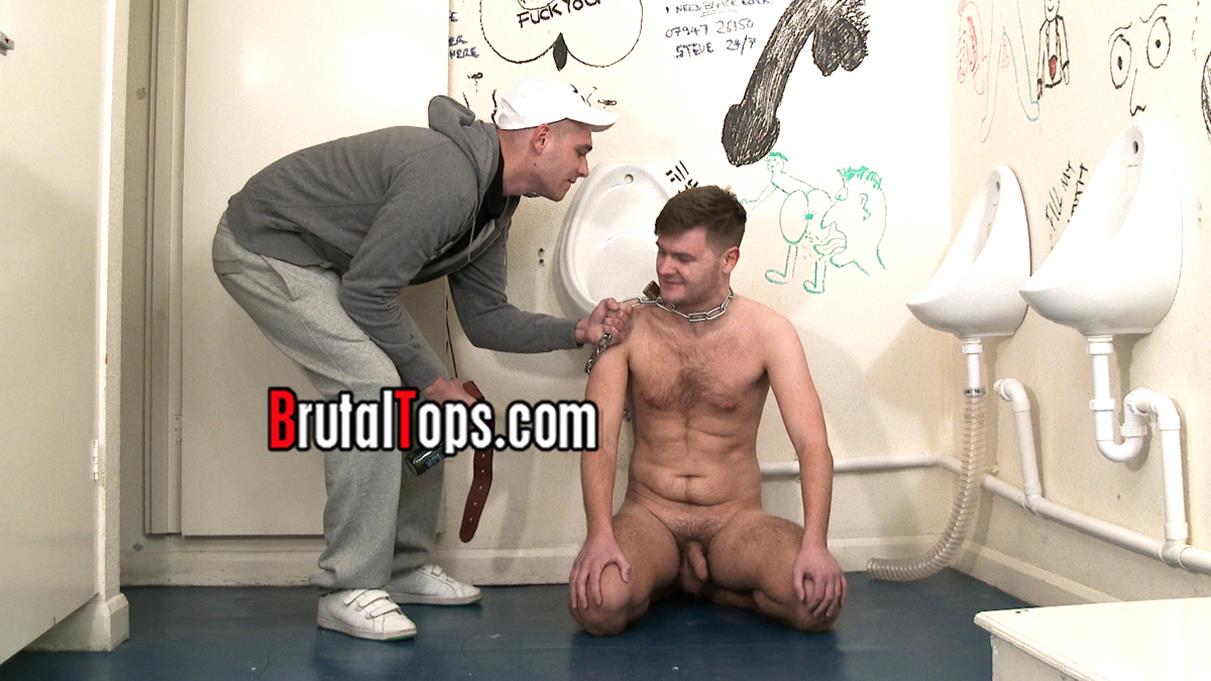