Hetero Jack finds the sensuous touch of a man’s hands disgusting. This attitude needs correcting. Bound with ropes to a work bench with his bare arse in the air he can do nothing to stop the man who caresses his bare skin so tenderly. Jack fights against his bindings and curses him. If he doesn’t want to be romanced he needs harder training. A stern warning makes this thick fucker promise to do anything. He’s presented with a cock and taught how to romance it like a lover running his tongue over the glans and teasing the piss slit. The hard dick is slid in and out of his mouth until it’s slick with his spit and very hard. Now that Jack has lubed him up, Adrian plunges his cock into Jack’s tight arse. While he’s fucking him hard Dave shoves his cock in Jack’s face and demands sucking. The men angrily fuck him at both ends roasting him like a pig. 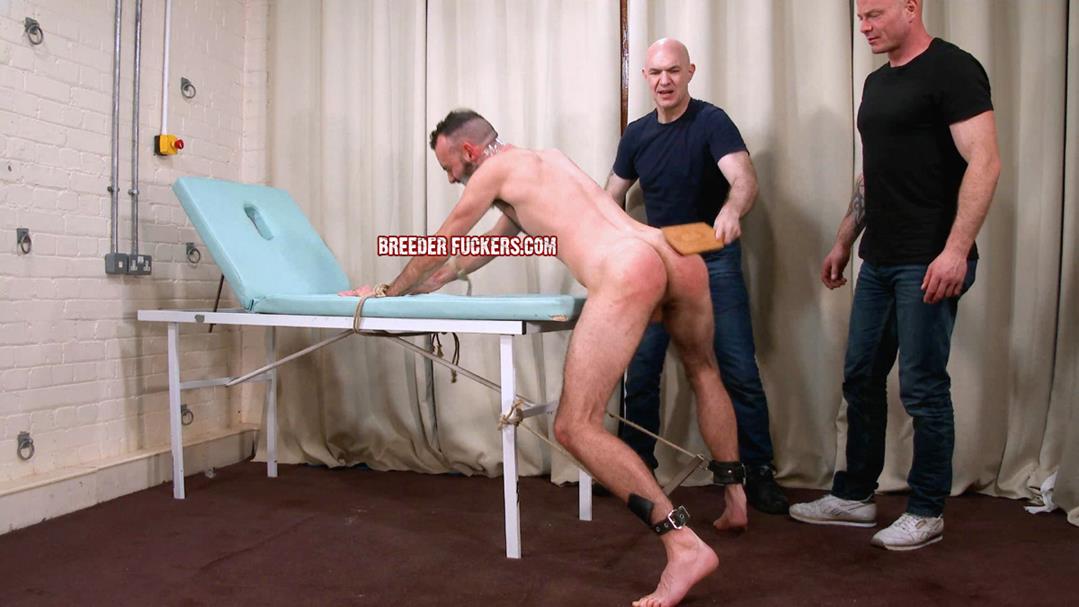 BreederFuckers – Jack Captured On The Street 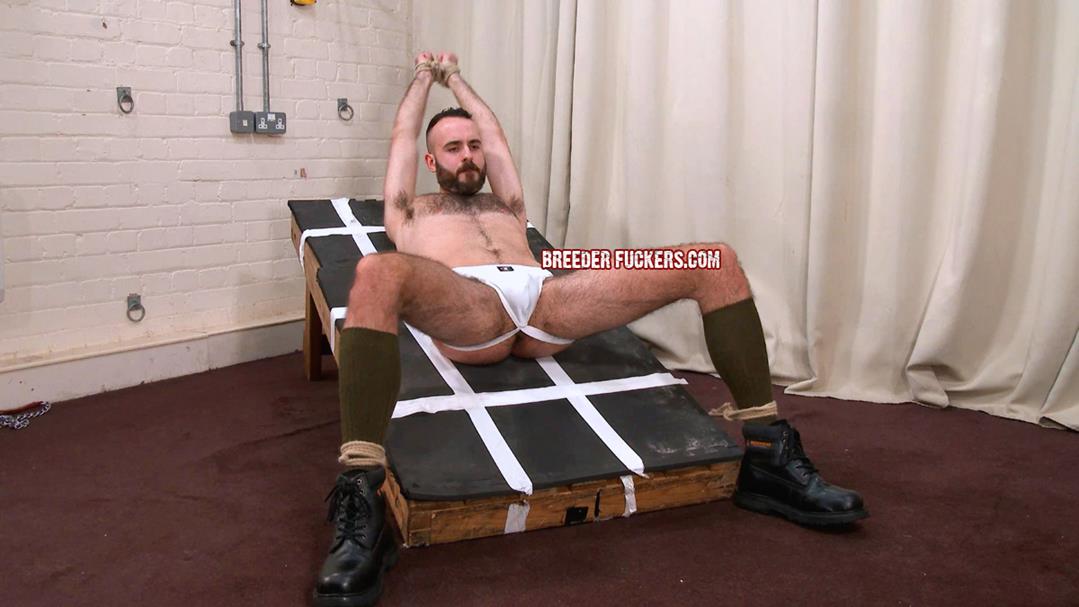 BreederFuckers – Straight Office Worker Jay Tied Down In His Jockstrap