Hetero Dale can’t get it into his thick head that he won’t be fucking anyone anymore. He’s the one who will be fucked from now on. More than that we want this macho straight prick to work to turn us on. In sports gear with his muscular legs in a spread eagle we bury our faces in the masculine scent of his ass and hump him over his sheer footy shorts. Dale continues to swear at us not wanting us anywhere near his bum. We’ll teach this fucker to allow us to take our pleasure! Derek lashes his ass causing the bastard to buck and ferociously cry out beneath his gag. Soon angry red welts rise up on that peachy bum.
Dave enters to play the good cop, rubbing his sore cheeks and cover him in oil. Now his rubbery asshole looks like a proper sloppy cunt ready to be fucked. He rams his fingers into Dale’s inviting ass. We need to clean out this filthy hetero’s insides. His sphincter is opened with a speculum and Dave fills him up with icy water. Now his guts are full to bursting and the water is held inside with a buttplug. Receiving more spanks to his already burning ass Dale feels himself taken to the brink like he can’t take anymore. It’s absolute agony for Dale and he whimpers pitifully willing to agree to anything to make this extreme punishment end.
Dave squats over Dale’s face and orders him to stick his tongue out to clean his sphincter. The desperate hetero eagerly licks and sucks the man’s ass. Next Derek takes his turn crouching over Dale’s face presenting his hole for servicing. In his binds with his ass painfully filled, Dale struggles with every last ounce of strength left in his body to pleasure the man’s stinking asshole. Dale’s sporty socks and cleats are removed to reveal his sensitive bare feet. A leather strap whacks his tender soles driving him to new heights of suffering. Now every nerve is sending shockwaves through his body as his feet are viciously lashed and the buttplug is removed to turn his ass into a dirty fountain. The sniveling wretched cunt screams naked on the floor covered in his own disgusting filth. 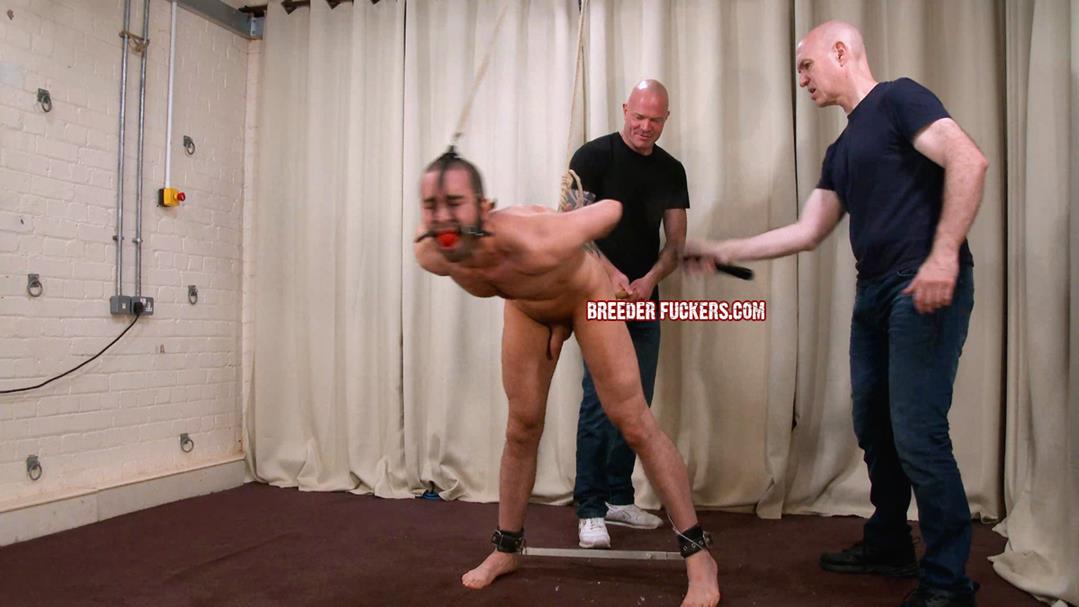 BreederFuckers – Lucas Bound Up and Fucked

BreederFuckers – Jack Captured On The Street 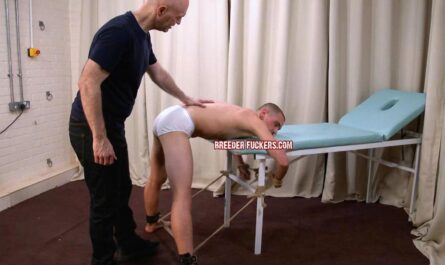 BreederFuckers – Aaron Is Back For A Flogging & A Good Hard Fucking!