At BreederFuckers handsome Lucas struts around the streets like he owns them. Popular. Young. Physically fit. Captain of his college’s football team. His status changes quickly once he’s lured down into a deep dark basement where two bad men strong arm him into submission. Now he’s nothing but meat for men to enjoy and train into being a proper 18 year old cock slave. Fresh from a work out his hairy pits and filthy trainers smell ripe and masculine. He’s bound in place so the men can have unimpeded access to his body. Once he’s restrained those track suit bottoms slide down so easily to reveal his tight muscular arse. Lucas’ breathing rapidly increases and his eyes shine with terror as the men perv over his body and destroy his clothes so that he now must remain permanently exposed. His penis is fondled by another man for the first time including having his long silky foreskin tugged on and his big full balls squeezed. Tied to the wall he’s made to give the answers these men want with a severe flogging given to his torso, cock and arse when he answers incorrectly. He may be able to protect his bum from his teammates in the shower but here his arse cheeks are spread to reveal his tight rubbery hole. The men ram their fingers up his hole making sporty Lucas thrash, moan and break out in a sweat all over. They want to leave him to think about his new position. His nipples are clamped and tied to his cock. A bucket is attached which Dave fills with piss so that his pert little nipples are yanked painfully down. Lucas is made excruciatingly aware of his nudity every second while he’s shackled down in this dank basement. 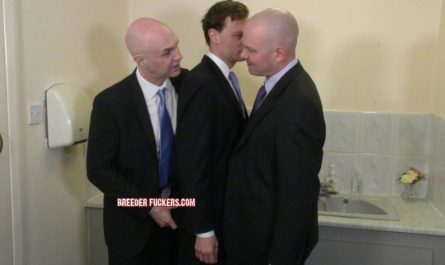