At BreederFuckers, backpacker Wayne makes a rookie mistake when visiting a new city by talking to a stranger. This travelling ladies’ man is seeking out new adventures, but gets more than he reckoned for when he follows a shady character down to a basement where everything suddenly goes black for him. When he comes to he’s naked and bound by his wrists and ankles in a sinister exam chair. Dave comes along to cuddle his new captive hetero. Wayne rudely greets him with a stream of filth. The only thing to do is shut the fucker up wrapping tape tightly around his head. Wayne must understand that his body is now merely meat for any man’s eager consumption. Dave tastes his hetero dick and full balls while Wayne can only watch helplessly. His cock and nuts are tied up giving Dave full unimpeded access to Wayne’s sphincter. Wayne watches in horror as his arsehole is tongue bathed by the aggressive pervert. Now that his butt is slicked up Dave invades his hole shoving his fingers into the angry man’s rectum. Moaning in agony feeling his arse being penetrated Wayne will agree to anything to get it to stop. But Dave only replaces his finger with his big hard cock. Wayne’s body is naked and splayed open as the man mounts him grunting, thrusting and kissing his mouth. The pain of being fucked reverberates through his whole body. Wayne has no idea if or when this merciless pounding of his arse will end. His eyes are locked open in shock horror staring at the man screwing him. 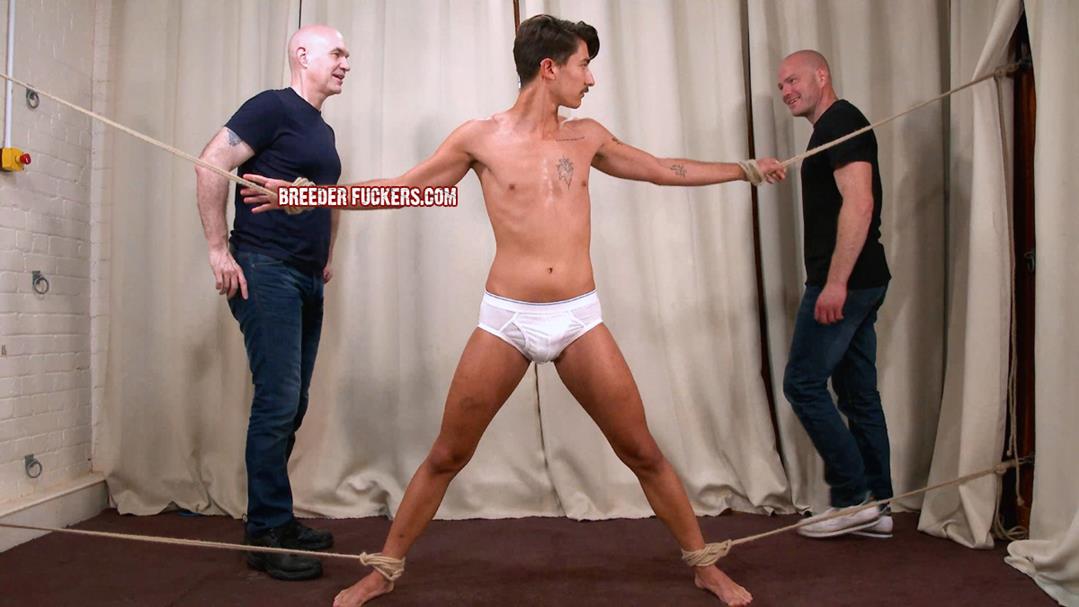