At BreederFuckers, hetero Yuris is proud of his big cock. His big meaty todger is lassoed and tied to the wall. With his wrists also restrained to the opposite wall it means this big dumb fucker can’s move without painfully yanking on the sensitive head of his penis. Bent over naked his arse is given a long and painful caning. Each lash makes his peachy bum grow redder and raises angry welts on his cheeks. He wants to run away with every inch of his being, but he’s pinned in place taking his beating. The men use Yuris’ hollering mouth and tight straight anus to relieve their hard angry cocks. They spit roast him, drilling him from both ends and swap so Yuris must suck the dick that was just embedded up his arse. He’s pounded relentlessly until the men unleash a stream of cum over his scruffy angry face and onto his tenderized arse. Now Yuris has been tamed and is dripping with sperm. 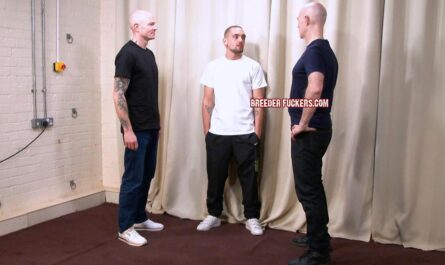 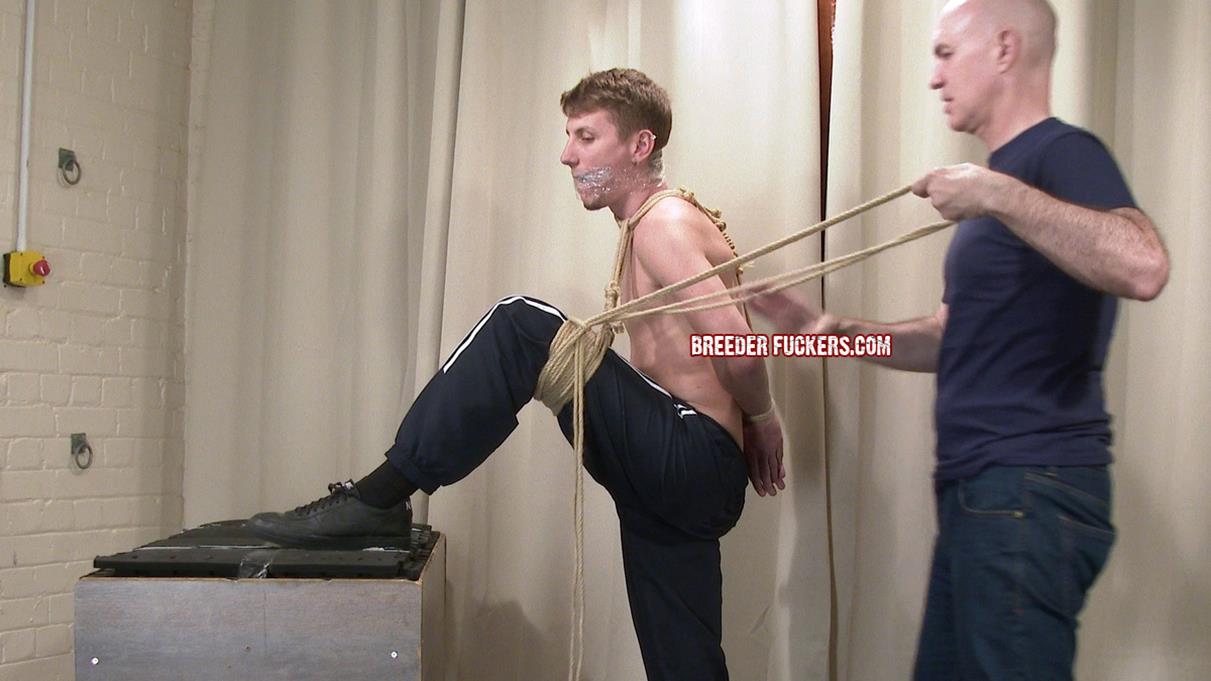